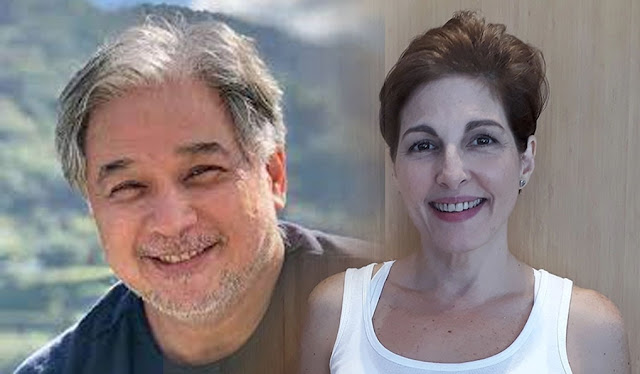 One of the nice things about showbiz is that when you have a good relationship with everyone you work with or interact with, you can count on them to protect you and not let your friends in showbiz drop you.
Such is the situation of Ricky Davao, 60, and Jackie Lou Blanco, 57, where their relationship is no longer being teased and talked about.
Showbiz has always known what their status is, but it is not celebrated or celebrated in public. It is the press friends themselves who provide protection to them.
There is the so-called "open secret," that we already know what is between them or what the real story is, but it is no longer being stolen to talk about.
Many were happy when Ricky and Jackie Lou got together again in a project, this new installment of I Can See You on GMA-7 "AlterNate" starring Dingdong Dantes and Beauty Gonzalez.
At the program’s virtual presscon, game after game Direk Ricky and Jackie Lou answered how they handle the scenes of the two of them.
But as Direk Ricky says, the most excited and “Marites” when they come together on a project are their children. They said they were wondering how they were taping "AlterNate."
They even asked if there was a scene where their father hurt their mother. Will it prove the pain?
They said they need to update it with their children who are very concerned about the two of them. Their children are also accustomed to this set-up.
I also asked the two of them how they celebrate Christmas and some other important occasions in this set-up.
According to Jackie Lou, "Usually, we spend it at my mom's. Like this year, we had lunch there. Then dinner, the kids are with Ricky. So, it's usually split.
“But of course, since the pandemic, we usually go to my sister-in-law for Christmas.
"But because of the pandemic, there are other celebrations that didn't go ahead for this year. It seems like that at first."
Direk Ricky added, "Of course, we are all very careful.
"We talked to the kids, we won't go out first. As much as possible, avoid first.
"There is still a celebration for next year, right, and the coming years. So, we are very, very careful indeed.
"But of course, like, it's very important to be with their grandmother. So, those are the ones, we're really just at home.
"I just stayed home the whole time at Christmas and New Year, we were just at home. It's really rare to go out."
I followed up with a question on whether they still give each other gifts.
Almost simultaneously, they answered "yes."
"I'm sending him food," Jackie Lou replied with a smile, which I noticed on her Zoom account still carried Direk Ricky's Davao surname.
I was first impressed on the big screen with them in Misis Mo, Misis Ko (1988) by Carlitos Siguion-Reyna. The chemistry of these two is very palpable.
They also performed that year in Isusumbong Kita Sa Diyos (1988) by Emmanuel H. Borlaza.
I love Ricky and Jackie Lou, and they have my support, respect, and love no matter what they do.
Hopefully there will be more opportunities for us to see and experience their skill and sparkle as artists and people!.
Author: Pinoy Tambayan at January 07, 2022
Email ThisBlogThis!Share to TwitterShare to Facebook
Tags Local News
Share:
Newer Post Older Post