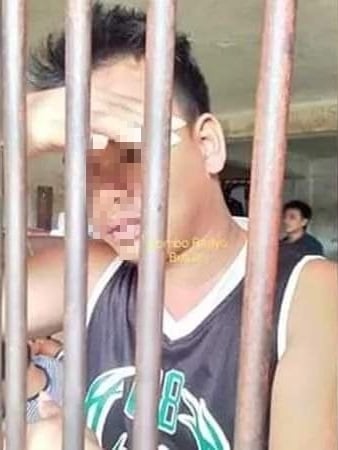 WOMAN CHECKING IN WITH BOYFRIEND GONE WRONG AFTER MISTAKENLY ENTER THE OTHER ROOM.
According to suspect Albert Caerlang, resident of Alegria, in the province of Surigao del Norte, he just rested nearby room where a customer with his girlfriend. It was found out that the woman only go out to pee but made a mistake when she entered the room.
He was shocked that someone else was next to him until he flirted with the unknown woman. He said that he felt that he was being kissed and that he was allegedly "challenged" as well. Eventually, the woman all complained to management of said lodging house after she discovered that it was the roomboy and not his boyfriend. Meanwhile, because he had already returned home, Caerlang surrendered to the authorities. He was immediately taken to the Butuan City Police Office to deal with the rape case filed against him by the woman who mistakenly entered his room.
“He entered the room where I was resting sir, because I have 24-hours on duty, "Caerlang said." Suddenly, she kiss me then you know well, sir, I'm a man so I just go with her sir. He didn't resist because she also enjoyed until we finished sir. I went out and he followed and there she found out that he had slept with someone else sir. Would you consider a rape, sir, when she's the one who entered my room and made a first move? ” The name of the woman and her boyfriend refused to be made public. The roomboy also files a rape case against the woman.
(Source Bombo Radio)